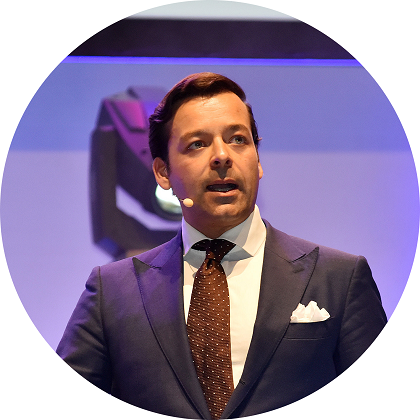 Jack Nasher is convinced that you don’t get what you deserve, you get what you negotiate. Good negotiators, however, are not born, they are made. Jack argues that the "inner game” of the world’s leading negotiators is what makes the difference. And this inner game will be the subject of Jack´s talk.

WHO IS JACK NASHER?

Jack Nasher is a bestselling author, advisor and academic. He studied and taught at Oxford University and is currently a professor at Munich Business School. Jack founded the NASHER Negotiation Institute that trains and advises exclusively on the topic of negotiation. His books were on Germany’s national bestseller list for months and were published in Russia, Korea, China etc. Articles by and about him have appeared in the Harvard Business Review, the Huffington Post and Handelsblatt. An avid mentalist, he frequently shows his mind mysteries at the World Famous Magic Castle in Hollywood/California.

(Post)colonialism and eurocentrism - how to leave these thought Patterns in order to enable equal participation in a globalized world?

We are living in an interconnected world, but still have to face huge inequalities around the globe. A common practice to tackle these inequalities is development cooperation. Executed by states, NGOs or unprofessional volunteers, development aid has many faces and one thing in common: the stigmata of „helping “- the „developed, civilized, mature“ societies of this world give themselves the position to uplift the lives of the „undeveloped, unorganized and poor“ ones.  In the framework of sustainable development goals, we already see how the focus of "the global south" changes towards a joint responsibility for sustainable development in all regions of the world. Everyone can be a global change maker and can set an end to colonial hierarchies by rethinking its perspective on so called „developing countries.“

WHO IS KATHARINA JUNG?

Katharina is a 23-year- old change maker from Germany. Already at the age of 14 she has travelled to South Africa, Uganda and Ruanda. In her academic life she focuses on (post)colonialism, nation state theories and international relations. While working for the federal ministry of economic cooperation and development she gained practical experiences regarding governmental relations with the so called “Global South.” Out of these experiences she founded GlobalMatch in 2015, a platform with the aim to connect people from different parts of the world in order to discuss ideas, work together and learn about new perspectives. Moreover, she is a passionate Greenpeace activist and Project Coach. 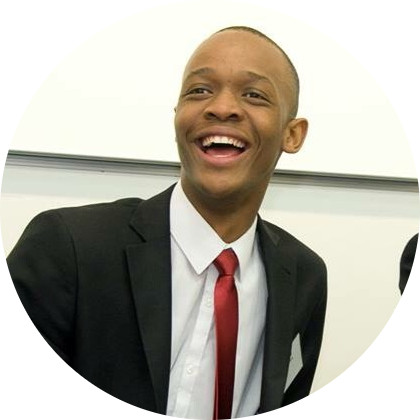 Embracing The ‘C’ Student- Academic Excellence is not all about grades

The Talk will introduce an analogy of three types of students: A, B and C. The ‘A’ student is the one who enjoys the assortment of alcohol and chases after life’s pleasures while neglecting their education. The ‘B’ student is the commonly referred to as the book worm, those that focusses more on passing and become fixated on the idea that achieving the best grades possible is, perhaps, the only route towards financial freedom: job security. Then you have the ‘C’ student, the chaser. The ‘C’ students strive to become multifaceted, realising that there is more to school than getting first class or in fact, getting that diploma is not the only guarantor of life success. The talk shall draw on both personal experiences and those from other inspirational people, showing how they have been able to succeed without necessarily being the ‘B’ student and why it is crucial to develop that mentality especially in our era.

Kaene Disepo is a young visionary from Botswana who has just graduated in BSc International Relations at the London School of Economics and Political Science. He was recently recognised as a ‘Rare Rising Star’ and came second in the Top Ten Black Students in the U.K. 2017. He is a prolific speaker, activist who lives by the mantra #DiplomaticMissions. Having started his Botswana-based conglomerate, Siness Group in 2015, the company now deals with real estate and property development, media and transport. Kaene this September will begin his MSc in Development Management at the LSE, before returning home to his investments. 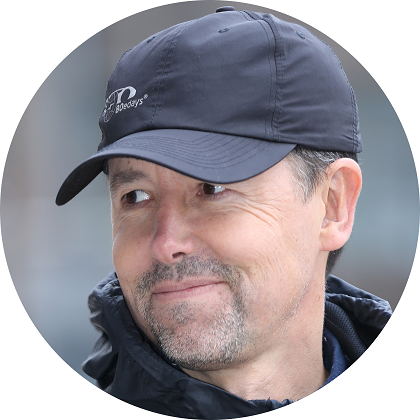 Energychain - the logic of success

Rafael will take you to an energy travel showing the logic of success starting with physics, dancing, medicine, electric car enthusiasts driving around the world, Michael Jackson, IT business, Blockchain, and will come to a conclusion you would not expect. For more information about him, just check out his social media accounts.

WHO IS RAFAEL DE MESTRE?

Born in Spain near Barcelona, competition dancer for 20 years, developed the democratic companymodel TRON and implemented it 2002 in Germany, bought 2011 his first electric car, since then EV enthusiast and winner of several EV rallies. Organizing extreme EV challenges ([www.ecograndprix.com]www.ecograndprix.com) and supporting events to accelerate EVolution, pushing boundaries to the limit. Living since 2008 in Romania being CEO of several companies working in the areas of IT and EV infrastructure. Drove around the world in world record time twice and is planning to repeat it in 2020 (project[www.80edays.com]www.80edays.com) 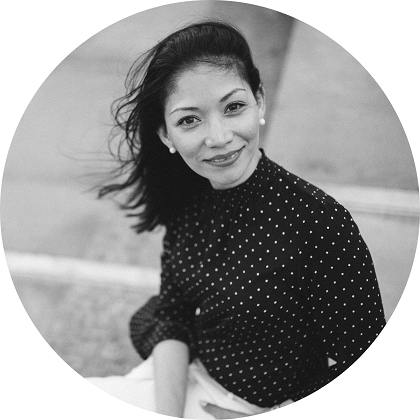 Some of us have ever felt a hunch telling us that we should change because we have reached that state of mental security, regular happiness and no stress but, oftentimes while facing that fork on the road we fear the unknown path and what it would bring. However, have you ever wondered, what it would be like to embrace that fear and prove to yourself that your inner voice was actually telling you -You can do it because you are made for this!

WHO IS ADA SALAS?

Ada is a wife, mother, women’s advocate and business process consultant, in that order. She gained international job experience by working in multinational consulting firms and as a freelance in LatAm, Europe, South-Africa, and ASIA. She believes that self-confidence and empathy are the two key factors to unfold yourself and succeed in a multicultural environment. Ada is convinced that women in a professional set-up are something to keep up working on this century reason why she is passionate about connecting like-minded business women; her theory is that women’s destiny is still in women’s hands by supporting each other. 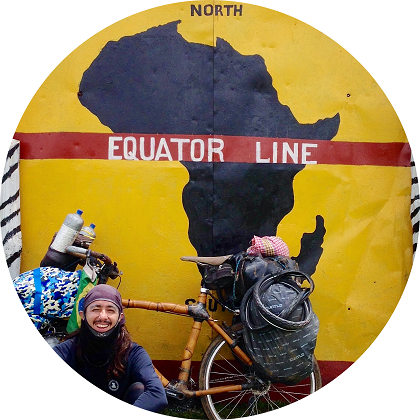 The Bamboo Trip is so much more than a mere trip, it has become a way of life, where ordinary skills used in everyday situations are used to achieve extraordinary goals. In his speech, Ricardo will be talking about his Bamboo Trip, his recent adventures in Africa , the challenges he faces and the many ways in which he overcomes them. From his ideas and stories, we will learn how to use sustainable development as a key to see and plan the world, the cities and ourselves.

WHO IS RICARDO MARTINS?

Born in Rio de Janeiro, 32 year old Ricardo Martins, graduated in Maketing and Social Sciences. He specializes in Business Coaching as well as Urban Planning. Working in conjunction with the Brazilian Federal University and the NGO "Transporte Ativo", Ricardo has been traveling around the world on his charming bamboo bike "Dulcinea" in order to discover new cultures and people. The goal of this Bamboo Trip is to find innovative and sustainable urban panning solutions, that incorporate the use of bicycles as meaningful ways of commute and transportation. He has published a book, and is also organizing motivational workshops and lectures in universities, private companies and schools around Brazil. 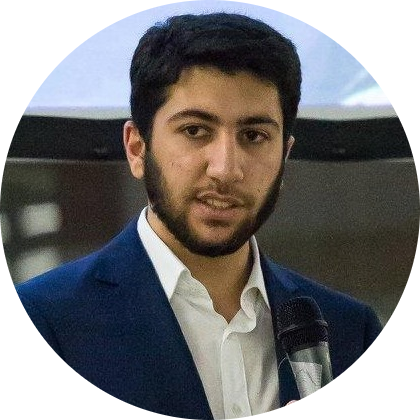 Creating a world that is yours to explore

Modern tools and an abundance of information allow us to create fields like never before. With an increasing demand for innovation and entrepreneurial endeavours, we can create disciplines that are unique to us, by combining our passions with our work fields. Using the combination of storytelling and artificial intelligence as an example, we’ll explore the process of paving the path for your very own out of the ordinary field.

Omar is a student with a deep passion for storytelling, design and artificial intellgence. Working and developing on several social entrepreneurial projects, he delights himself in finding new ways to convey ideas and experiences to different audiences 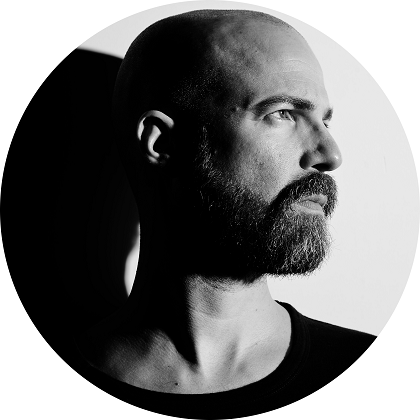 Owing to his unusual life and daily schedules, Michael Kurth had to cut a few corners to really integrate the methods and routines of his Coaching and Meditation practices into his life. Great expectations had to be switched for the smallest but most efficient steps, fixed concepts exchanged for flexible and easily applicable principles. In his TEDx Talk, Michael will speak of the small and bigger hurdles and perks that we can all expect on our way of integrating these kinds of practices into a busy life. But really – it can be strikingly easy – or isn’t it?

WHO IS MICHAEL KURTH

Michael Kurth is one of the architects of german Rap Music: as “Curse” he has been releasing music since 1996, with lyrics about “the strive for happiness, for meaning, for fulfillment” (F.A.Z.). A radical change in his life led him to Meditation, Buddhism and systemic Coaching – in which he is certified by the INEKO Institute at the University of Cologne. He shares his passion for growth and experience, as well as glimpses of his unusual biography, with listeners through his Podcast “Meditation, Coaching & Life”. As a speaker and Coach, he is involved in numerous Workshops and Seminars. At the moment, he is finishing his seventh Album as well as his first book. 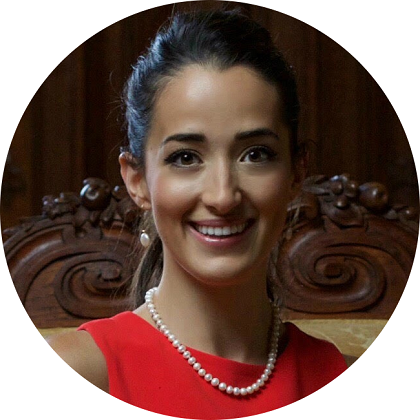 Talent 5.0 - taking the recruitment practices to a whole new level

Stefanie will go through some of her most recent research on how the workplace is changing, becoming something out of the ordinary, and how will the recruitment process be in the upcoming years. From technology to people, the best companies are starting to embrace the fact that “talent is their most important asset” and they’re just trying to figure out how to access and keep the best individuals by building smarter, unique and closer organizations with the use of analytics, top technology and top performers.

WHO IS STEFANIE STANISLAWSKI?

She is an advocate for three causes: Millennials, Women at the Workplace and the Future of Work. She has an ongoing project for each topic: she’s the CEO of Predictive People, a software that uses an AI algorithm to identify disengagement patterns in employees; she’s the Head of Innovation at Catenon Worldwide Executive Search; she’s a blogger and an international speaker creator of Proudly Millennial.com, and she’s the German Ambassador of Vital Voices. Throughout her career she has consistently found ways to be a connector: between women and HR, HR and Millennials, and Millennials and the future of the workplace as we know it.